This is the last day in San Jose. Tomorrow the tour will officially start. A last chance to relax before we are moving on. 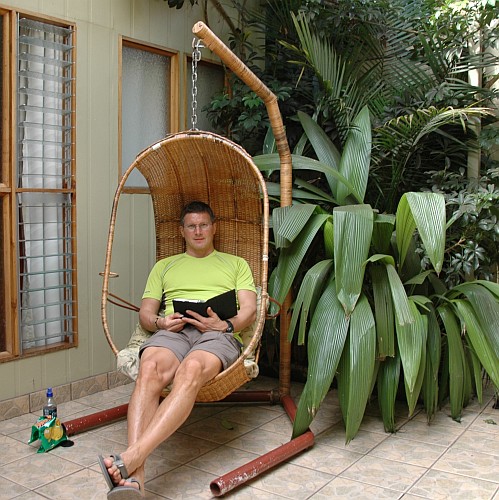 In the afternoon we had the rider briefing. Daily wake up at 5:40am. Tomorrow we will start with a 94km ride, 1900m climb and 2500m descend. It is going to become real. No warmup day, no easy stage. Any right in time the rain sets in … might be a wet start in the morning … 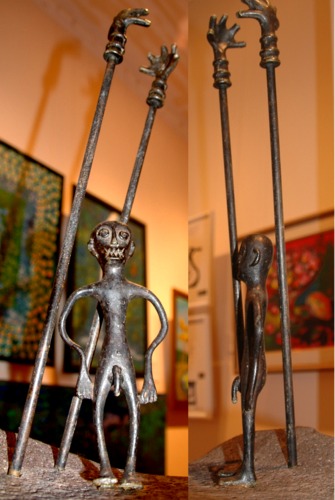 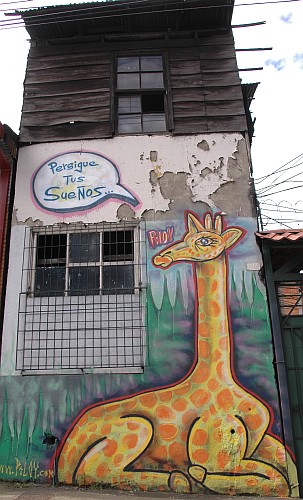 Today I met most of my fellow riders as well as Luke and Christiano from the staff team. 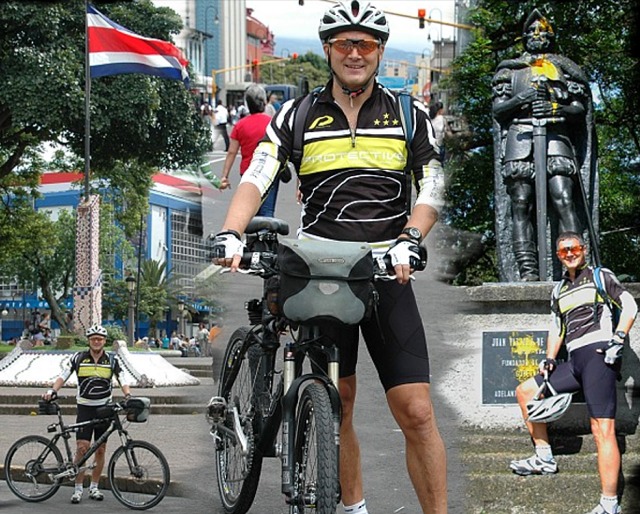 It feels so good to be back on the bike again. Especially when you have been force to rest for more than 2 weeks to cure a severe cold. The weather was just right to get on the bike and explore the city. There was a protest in downtown San Jose which was the reason that several roads were closed for motorized traffic. Just the best condition for cycling compared to the days when the city is just jammed with cars and buses.

I happened to run into 59 year old Mike, a funny and crazy guy from Northern Virginia who is living in San Jose and holds an 8th Dan Black belt. Guess how safe I felt riding along with him 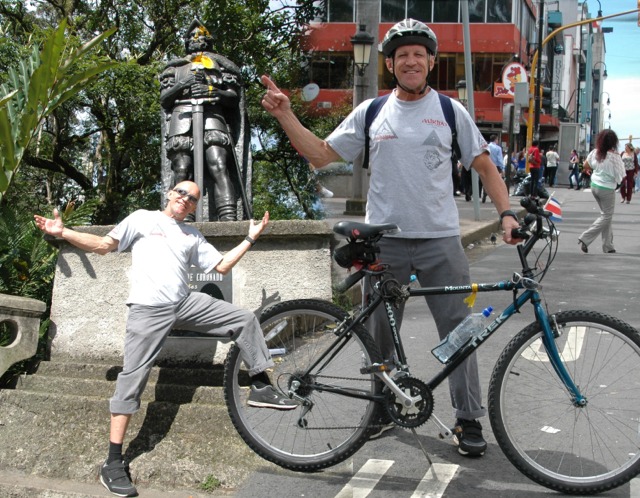 He was also on his bike, enjoying the quiet and sunny day and offered to show me around. So we went off for a tour through the city. He showed me some places, which I wouldn’t have considered to go or notice, if it wasn’t with him … We had a great time together and enjoyed every minute and things that only a ‘local’ could show you in such a short time. As a biologist Mike did not only show me the most beautiful human beings in town but also some nice parks and gardens with a variety of exotic plants and birds. 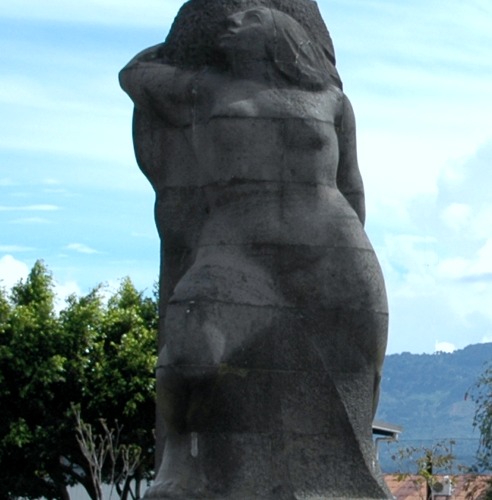 San Jose, the ‘City of Seduction’

At the ‘pink’ house Mike teased my that he had arranged a date for me with a ‘teenage’ girl for Saturday night. Unfortunately (luckily) I am already out of town on my way north …

Besides having a sightseeing tour it was also fun to watch and help my fellow riders assembling their bikes and struggling with tangled and jammed chains and stubborn tires. 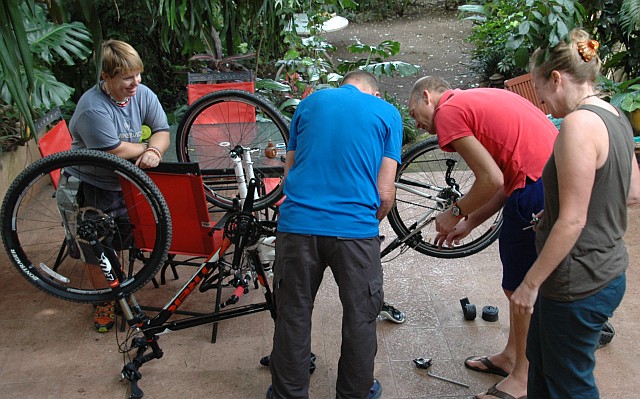 It takes 4 to mount a derailleur: Joey, Ruut, Michiel and Linda

Today I did a 10km walk into the City Center of San Jose to stretch my legs from the long flight.

I was surprised that my ‘girlfriend’ which I left behind 6 years ago, when I was returning from my Isla Del Coco diving trip, was still waiting for me at the same place 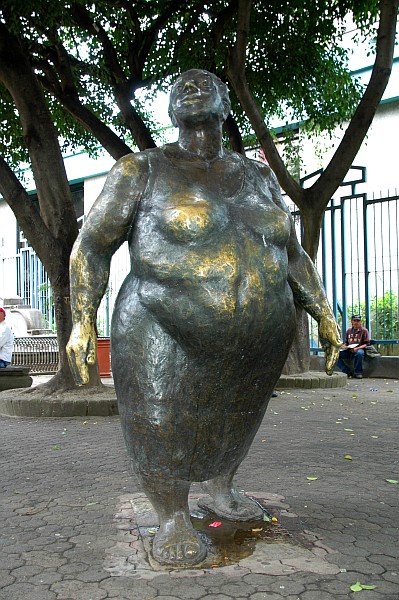 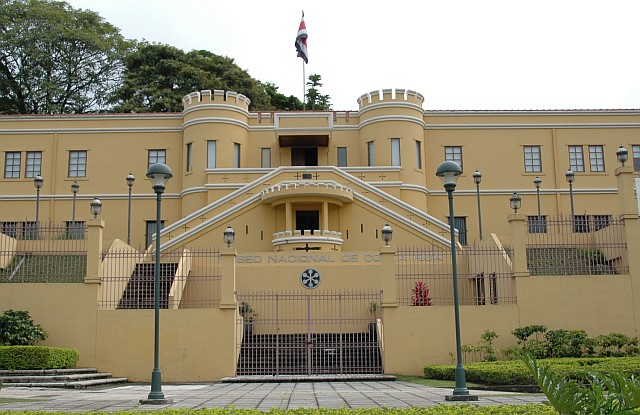 fortress with its towers and walls which are still pitted with bullet holes from the 1948 civil war. 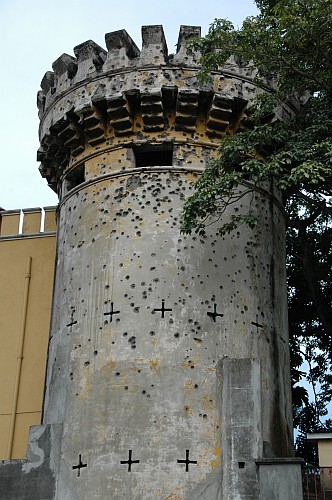 In the afternoon I met Gavin and his son William from Cape Town. We setup their bicycles and shared memories of our Cairo to Cape Town trip in 2008.

After a 27 hours journey from wakeup in Magstadt to getting my room in San Jose I am finally relaxing on my bed at 10:30pm. All my bags and boxes arrived. Bike looks o.k. although the US Transport Security had opened the cardboard box for inspection. Did they think I gonna send something illegal to Lance A.?  The final assembly and check has to wait for tomorrow. Now it is time for a nap …

3 more day in San Jose to adjust and get ready for the start into the big event on Saturday.

At Stuttgart Airport waiting to check in at 4am. No way to turn around anymore. Looking forward to meet my fellow riders in San Jose / Costa Rica

… before my plane lifts off tomorrow morning.

Doomsday I am coming!

Today I boxed my ‘life’ for the rest of this year. Everything for the next 7 weeks has to fit into a 90l duffel bag and what I can carry on my bike and in my Camelbak each day. 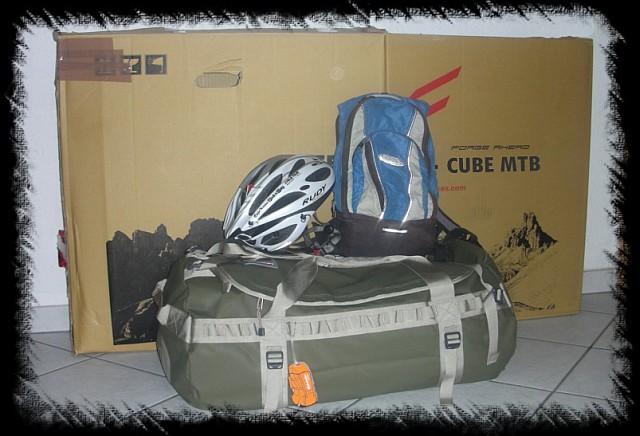 In two days from now I am already in the air westward bound to Costa Rica.

What an excellent perspective … 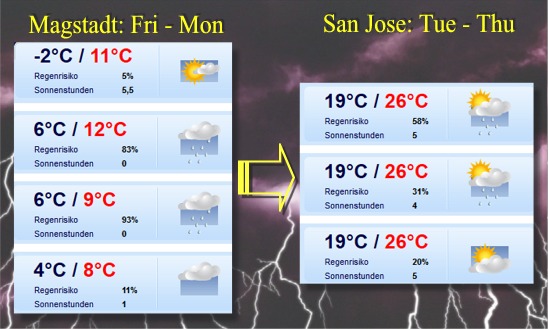 After a cold November day in Germany the desire grows to take off for warmer climate, tropical sceneries or the heat of an active volcano … 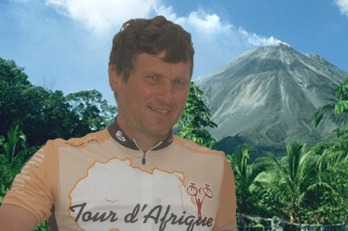 my last warm and sunny cycling day in Germany. How will it be in Costa Rica in 10 days? 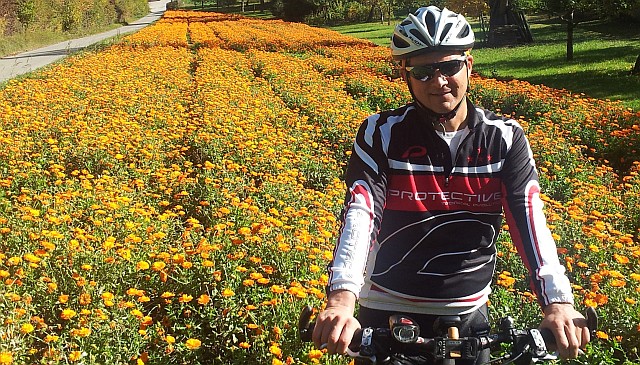