The high priest of the temple was already waiting for us on top of the pyramid. His prayers could be heart for miles as we approached the holy arena. Howler monkeys added their sounds to the fearful atmosphere.

In his ultimate ecstasy, the shaman asked for a sacrifice to please the gods and prevent the world to end. Mike, the bravest of us volunteered to step up willing to give his life to safe ours – nobody knew at this time, that he had a secret ‘joker’ that would ultimately safe him too.  The shaman immediately continued his ceremony and asked Mike to step forward and come closer. Nobody knew what would happen next, when the priest eventually caught Mike at his throat.

In the claws of the shaman, doomed to pass out soon, Mike all of a sudden produced an item that the shaman could not resist to inspect. What was this? 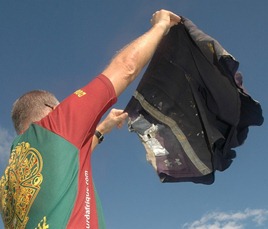 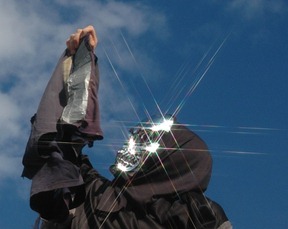 It were Joey’s cherished and heavily ‘duct taped’ set of cycling shorts, that were like a second skin to her. How hard must it have been for her, to sacrifice this unique piece of cycling history! The shaman recognized the value of this gift to the gods and released Mike. Together they send a final praise to the gods and the world continued to exist beyond the doomsday … 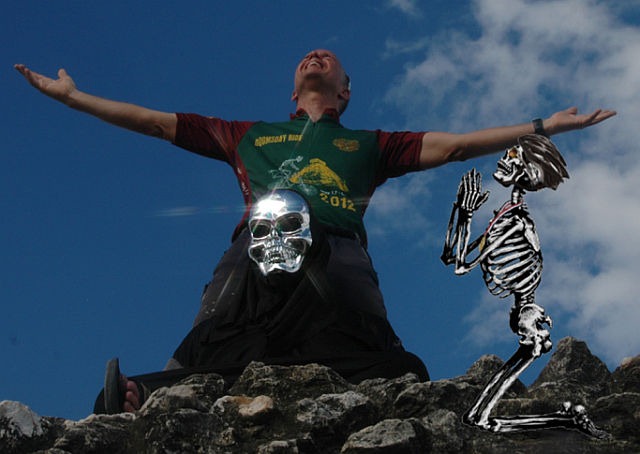