Our Hotel in Sayaxche kept a secret that nobody was aware of until he or she was trapped behind the high walls of the building, that was additionally guarded by heavily armed soldiers. 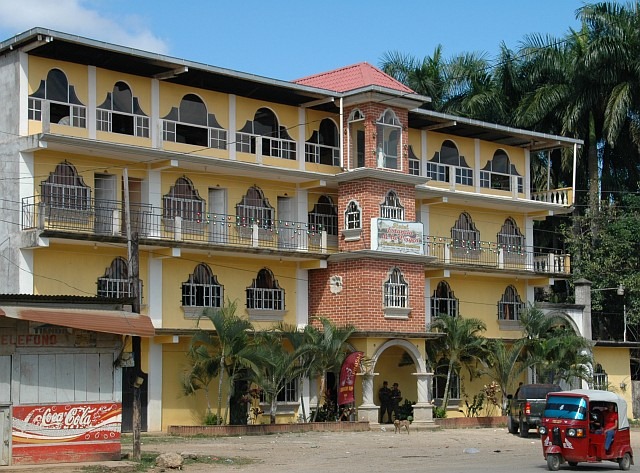 The nicely arranged garden around the pool area turned unexpectedly into a pre-historic jungle from which no-one was able to escape anymore. 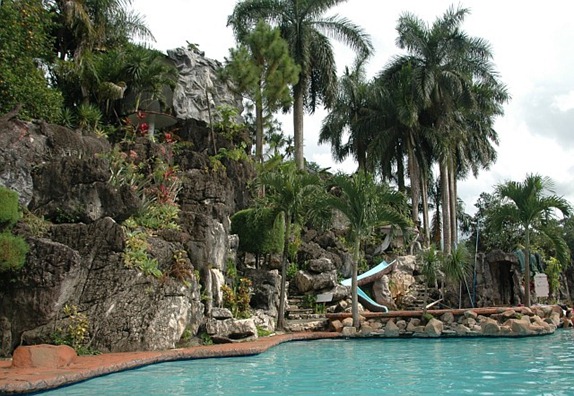 Soon we were surrounded by giant creatures which immediately took hostage of our bicycles and some riders. 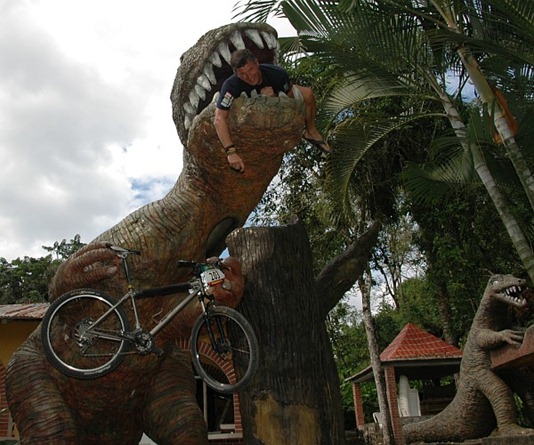 It was almost impossible to escape from their claws and jaws. 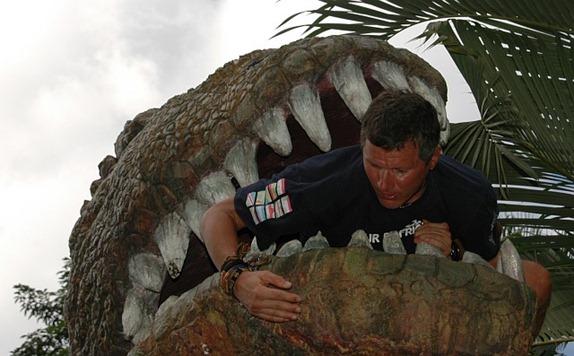 With a final gulp I disappeared into the dark throat of this ancient and long thought to be extinct creature, revealing a last glance onto the shocked fellow riders at the far end of the scene … Was this the end, although the real Doomsday is still 5 days away? 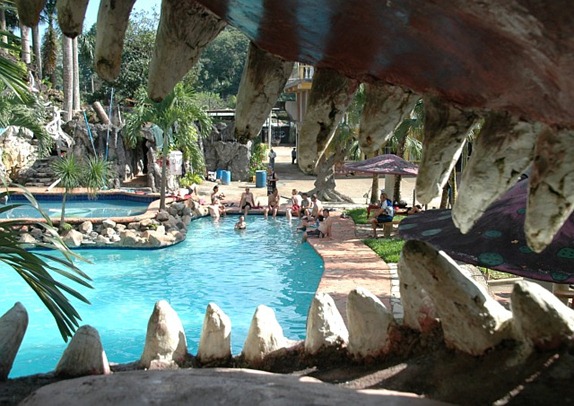 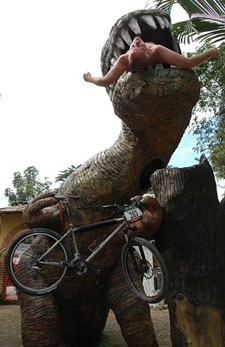 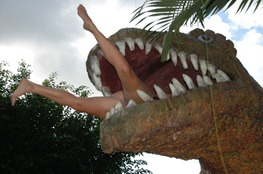 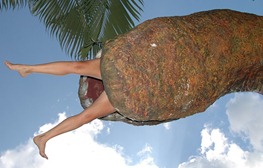