OWN: Another Cycling Hero’s Outing 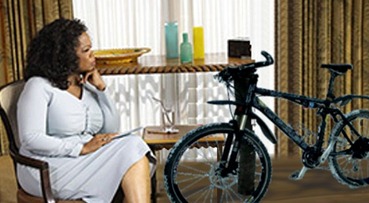 Asked by Oprah, if she lied, when she declared her retirement from cycling, after completion of the Doomsday Ride, ‘Mrs. Wiggley’ replied ‘Yes’. Asked, if she’d ever intended to retire from cycling, she replied ‘No’. If she feels sorry, to have fooled her handsome ‘Mr. Wiggley’ and the other doomsday riders. ‘Yes’, she said, ‘I feel sorry, from the deepest of my heart and apologize’. ‘I would not do it again, if could turn back time’, she said, with an oil drop on the still wagging tail.

Update:
Soon after the broadcast of the interview, a reliable insider told us, that this may 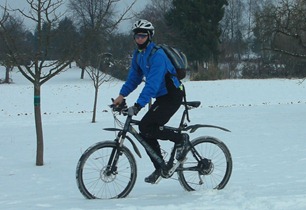 only be a temporary ‘re-incarnation’ of ‘Mrs. Wiggley’!

‘Mr. Wiggley’ – who was spotted this afternoon on his Sunday  ride – has already ordered a new bicycle, that will be shipped in early April, after he returns from Cape Town from his annual Cape Argus cycle tour and family visit.